HI! Welcome to my new endeavor. It’s a blog. I know, lots of folks have blogs. This one is mine. I’ll be, for the most part, the sole contributor to the site. There may be other contributors later, once we get ramped up, but for now it’s just me. And my kid, on occasion.
What’s this blog about? Comics. I’ve had a lot of passions over the years. Movies, books, video games, baseball…but comics have been a constant in my life for the past 40-ish years.
It all started in the dog days of summer, 1979. My dad was an airman in the US Air Force and we moved around a lot. Every two to four years, we were packing up and moving to a new state or country, leaving behind friends I had made. I was an outgoing lad, but making new friends was kind of exhausting.
One fateful day, as the story goes, my dad and I were at the news stand on McGuire AFB, New Jersey. While my father picked up whatever it was he needed, I wandered the aisles, looking for something to amuse myself. My eyes fell on a spinner rack, though I had no idea what that was, or that it was called “spinner rack” at age five. Emblazoned with the red and blue “HEY!! KIDS COMICS” header and stocked full of DC and Marvel offerings, it called to me. My Lou Ferrigno-loving eyes fell upon an issue of Incredible Hulk. I begged my dad for it, he agreed, and I walked out of that news stand with my first ever comic book. Incredible Hulk #239. 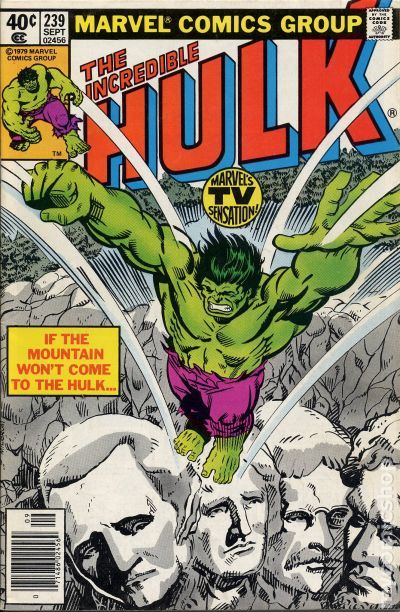 Hell, it even SAID it was the TV show!  But it wasn’t.  This Hulk was bigger.  Better (sorry, Lou).  He could LEAP.  My nearly-six-year-old mind was blown at what they could put on the page that they wouldn’t (couldn’t, though I didn’t grasp that) put on screen.

I didn’t start collecting comics until after we returned stateside from a tour in England at RAF Greenham Common.  For four years, starting in 1981, I didn’t really see a comic book very often, but I always thought about them.  When we moved to Dover, Delaware in ’85, I found my first comic book shop.  Blue Hen Comics had…everything I ever dreamed of.  I started reading Transformers and Hulk and Batman.

When I was 13, I got my first job at Blue Hen, stocking back issues and bagging and boarding.  I wasn’t paid in cash, not even with a check.  No, COMICS were my payment.  It was the best first job I ever had, and that’s where I really got going reading back issues, and collecting comics and reading something like 15 series a month.

I took time off comics in 1998 through about 2000, while I was in college, but I kept my collection and wandered back into a store when I heard that Claremont was returning to Uncanny X-Men.  Been reading ever since.

So that’s my (abridged) story.

What I plan to do with this blog is review comics.  It’s what I love, and it’s all I ever wanted to do.  Read comics, and write.  I’ll post new reviews on Thursday mornings.  I won’t review everything, as my funds are, sad to say, not infinite.  But I’ll have a little of everything.  Marvel, DC, Image.  Some Indie stuff.

Now.  You’ll notice Amazon ads on the site.  It’s how I pay for the site, the comics, and the upkeep.  If you’re so inclined (and I would GREATLY appreciate it), you can click on the banner ads and make whatever purchases you were already going to make at Amazon (it won’t cost you a penny extra, I promise!) and I’ll get a referral fee for that.  I’m trying to keep the ads to a minimum, because I know how much I hate them when I click on a link for other comic websites.  But they are a necessary evil.

Thanks for visiting, and READ MORE COMICS!

*IMAGES ARE USED FOR THE SOLE PURPOSE OF REVIEWING SAID MATERIAL, NO COPYRIGHT INFRINGEMENT IS INTENDED*